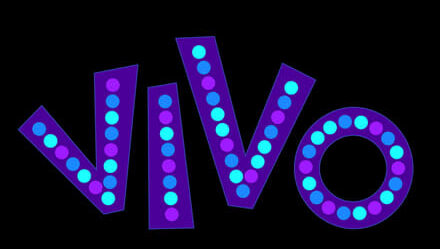 Chunky animation and bright colours present a deceptively deep story in Vivo. Starring Lin-Manuel Miranda as the titular kinkajou, Ynairaly Simo as his unlikely adolescent friend, and Grammy Award winner Gloria Estefan as a Cuban-American singer, the movie is breezy and delightful. Sure, it’s made for kids, but it’s not a bad way to spend an hour and a half. And some of the songs (that’s right, this is a musical) are absolute bangers.

When he suddenly finds himself in Miami, Vivo is lost and confused. He has a mission — one that relates to the love of Andrés’s life, Marta (Estefan). He’s just not sure how to accomplish it. At the mercy of his new friend Gabi (Simo), along with a few other friends they met along the way, Vivo is in a race against the clock as he tries to deliver a message before it’s too late.

I found Gabriella to be a difficult but lovable character. She is loud and brash. (So loud and brash that I had to turn the volume down for her solo.) She is aggressive and intense. But she also loves fiercely, and she’s reeling from the loss of her dad, and she’s very sweet. I love seeing that much depth in a character, and especially in one that’s a preteen girl!

In the end, Vivo is an exploration of grief, friendship, and adaptation in the face of adversity. And it’s also a story about how anyone can learn to get along, even if they’re a loud little girl and a cranky Cuban kinkajou.

I really enjoyed the music in this movie. The songs were written by Lin-Manuel Miranda, who penned such musical hits as Hamilton, In the Heights, and Encanto. They feature the same quick-hitting lyrical style that made his other hits popular, and it is fun to watch a kinkajou rapping his heart out. And Alex Lacamoire, who wrote the film’s score, offers a perfect complement to the wordy songs.

The animation style is also worth noting. Some might criticize it for being “unrealistic” — real humans definitely look a little different than the ones in the movie — but I think it’s the perfect vessel for the story. It’s a little bit weird and a lot fun to look at. It’s the perfect way to present a world that is definitely similar to the real one. And yet, in this one it makes sense for a kinkajou to be chatting it up with some spoonbills. Amazing!

You might be tempted to give Vivo a skip, especially if you don’t have kids. But if you’re looking for a little bit of sweetness — mixed with some excellent beats and ridiculous jokes — Vivo is well worth your time.